Houdini is a chess engine developed by Belgian programmer Robert Houdart. The latest version, Houdini 6, was the highest‐ranked chess engine when it was released, and is currently ranked number 8. It is far stronger than any human player.

Houdini 6 is available for download at €50 (about £44 or $60). For top performance it needs powerful hardware, but even on my humble PC it is incredibly strong. It can find, in less than a second, lines that would take me hours of analysis. Whenever I play a competitive game, I set Houdini loose on it afterwards and I learn a lot from it.

Houdini is particularly impressive in tactical middle game positions, and never more so than in a game I played in the Edinburgh Chess League on 4 February 2015. White was Martin Robertson playing for Edinburgh West, and Black was myself playing for Balerno. We reached the following position with Black to play: 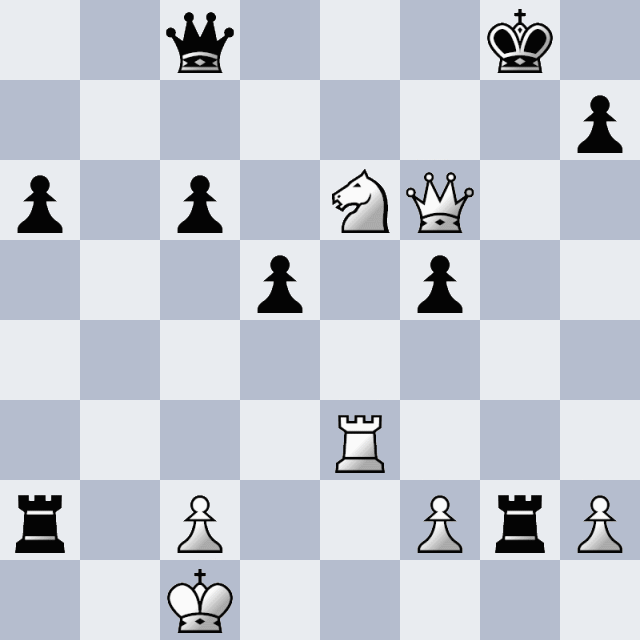 White has a strong attack, and if Black tries to retain his material advantage then he loses. Over the first two minutes of its analysis of the above position, Houdini (Version 4) revised its evaluation continually by small amounts. Then, after two minutes, its evaluation made a big jump to 0.00, and there it stayed. As that means that neither side has an advantage of more than 1⁄200 of a pawn, it is a clear sign that Houdini does not merely give the two sides equal chances: rather, it is satisfied that with best play the game will be a draw. Click the navigation buttons below the diagram to see what Houdini found.

Sadly, over the board, neither player made the most of the possibilities inherent in the position. I blundered, and my opponent lost on time. The winner is Houdini.